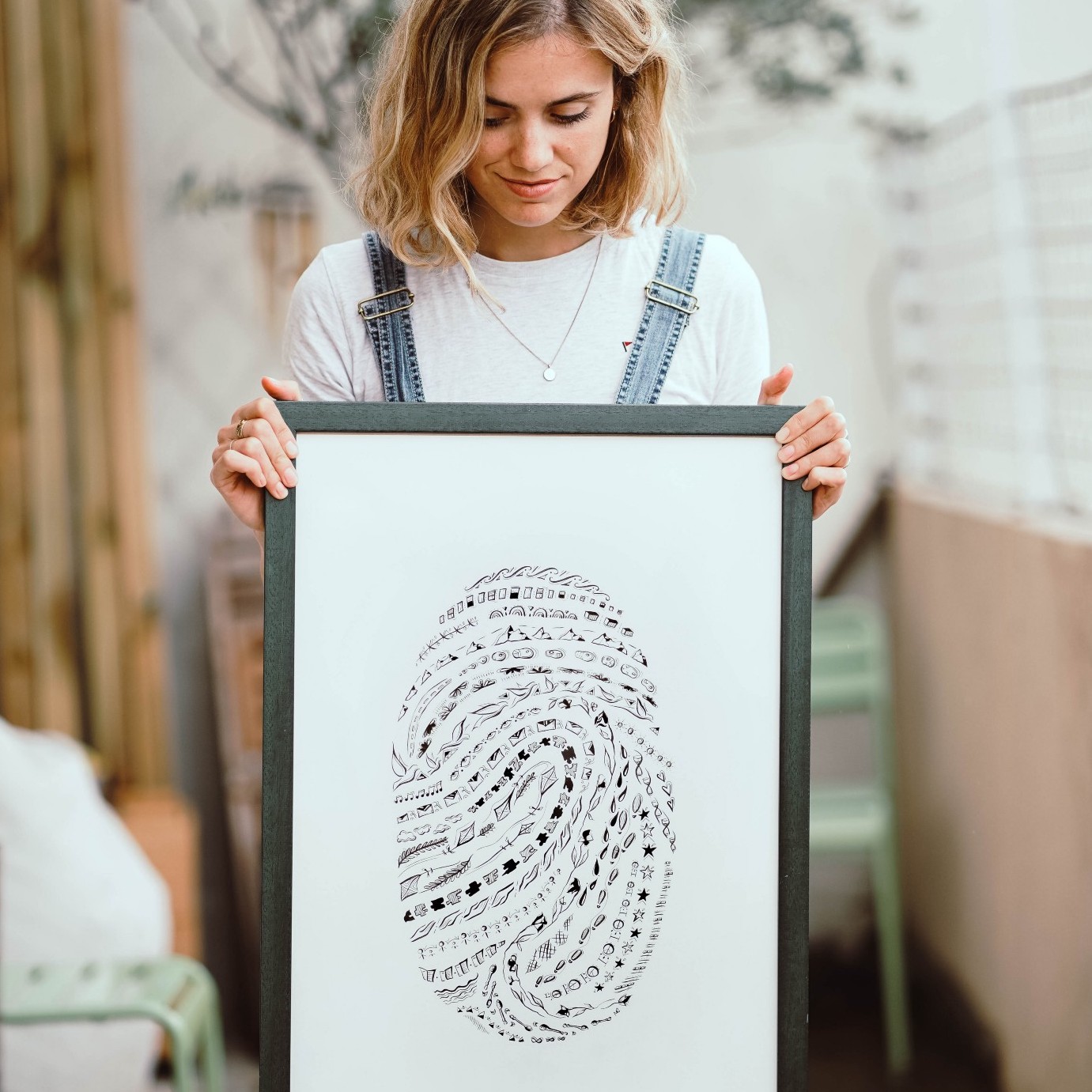 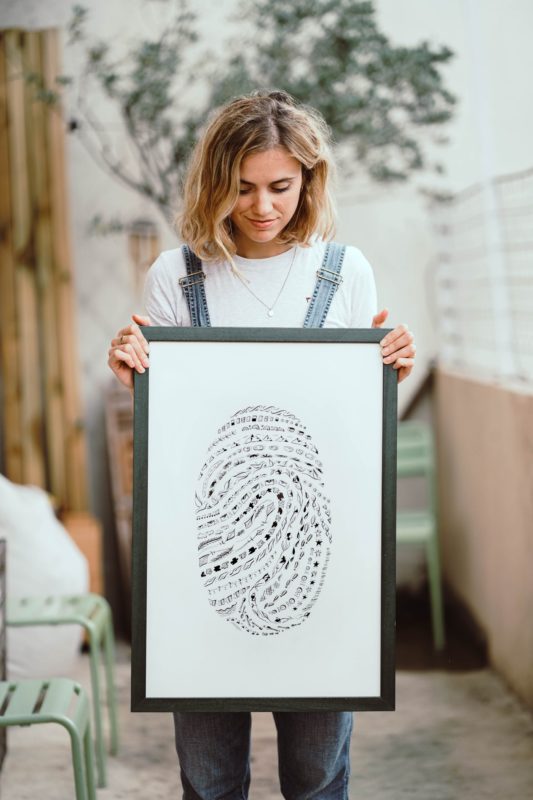 From where you’re standing this looks like a fingerprint (hopefully). One of the infinite fingerprints that exist in the world. One that helps you unlock your phone. One that you have to scan at the airport sometimes. One that represents your identity. It’s everywhere yet we don’t spend so much time pondering its existence and its meaning. However I have been thinking a lot about it ever since volunteering at Nea Kavala refugee camp in Northern Greece, where I had the privilege to meet incredible humans from Afghanistan, Syria, Iraq, Iran, Somalia and more. People like you and I fleeing war, violence and trauma pursuing a brighter and safer future in Europe.

I made this drawing when I came back from Greece after an intense month with the We Are Here organisation, simply because I didn’t want to forget. And because I wanted to try and maybe get you to also take a step forward and look closer. A human life deserves to be thought about and we can get lost in all the noise surrounding the issue. But looking deeper, understanding that it could be you behind that fingerprint and helping out even in the tiniest way can actually make a difference if we spread the word.

The refugee crisis is so deep and complicated that we can easily feel helpless and overwhelmed from our standpoint. There are so many problems at stake — from politics to global justice. I personally felt very ignorant and powerless, being just one small worried person with little influence or power over anything. But after this experience, I do believe that using your voice to raise awareness and giving some energy, resource or time, however little it may be, is a step forward.

Now I would like to tell you more about We Are Here. Created in 2016, it is a community and learning centre in the Nea Kavala refugee camp close to the Macedonian border. It provides grassroots solidarity to residents through education, recreation and creativity. With a team of up to 12 people led by Eliza, the organisation offers 4 levels of English classes, a women only space with activities, a social space with games and computers, a child friendly space (with the catchiest songs — hello Baby Shark!), movie nights, a youth club, dance nights and more. Needless to say, this project is pure magic.

The world is complicated, relationships are complicated, global issues are complicated. You cannot solve everything. You cannot bond with everyone. You cannot know and understand everything. And it may sound naive, but it is really hard to process the depth of evil and underlying goals that exist in the world. But sometimes, we spend so much time feeling ignorant, powerless or overwhelmed. I have come to realise that I would rather give a little something, even if it’s a drop in the ocean, because it might create a tiny ripple effect in the right direction. That is worth something. That may brighten someone’s day. And ultimately, it will show you the amount of kindness, intelligence and goodness that is yet to be found in the world and We Are Here is a proof of that.